Filters
CBD
THC
CBD vaporisers are ideal for enjoying the benefits of CBD. By heating the flowers or cannabis extracts without burning them, all the aromas are produced in a clean way. They’re state-of-the-art vaporisers that heat up very quickly and are ready to use in a matter of seconds
Read More

Vaporisers are devices that allow you to inhale CBD or other plant compounds without smoking them. Unlike electronic cigarettes, they don’t work with e-liquids, but with flowers, herbs, or resins.

They work by heating plant matter until its active compounds reach boiling point. In this way, CBD is converted into vapour and can be inhaled, so you might say that they’re devices designed for aromatherapy.

They’re quite simple to use, although some of them have advanced features.

They usually have a bowl or receptacle in which to insert the plant material, i.e. the CBD flowers. Once inserted, you need to close the vaporiser and switch it on before setting it to the desired temperature. You must wait a few seconds until this temperature is reached and then you can inhale.

How can I use a CBD vaporiser with hemp flowers?

Although current legislation doesn’t allow the inhalation of cannabis flowers in Europe, in other countries where this form of CBD consumption is legal, vaporisers are very useful. Therefore, below we explain how they are used in countries such as the United States and Canada, where the use of CBD flowers is permitted.

As The Tree CBD is a European company, we’re obliged to remind you that, in Europe, the inhalation of CBD flowers is considered improper use of this product.

First of all, the CBD flowers must be placed in the space provided for them. Some people prefer to grind them in a grinder beforehand, while others simply crush them a little. This is a matter of taste, so you can try both options.

Some vaporisers also allow the vaporisation of resins, either directly or through the use of accessories designed for this purpose.

Lastly, we should mention that it’s advisable to clean the vaporiser after every use, or at least quite often, as this will help keep it in good condition for longer.

The first vaporisers emerged as an alternative to smoking, because this involves inhaling toxic substances due to the burning of the substance. In other words, smoking cannabis means that the flowers have to be burned, which generates harmful chemicals that are inhaled through smoking.

Vaporisers don’t burn the plant matter or resin, but simply heat it to a certain temperature. This evaporates the active ingredients of the cannabis, so that they can be inhaled as vapour without other harmful substances.

Therefore, one of the advantages of CBD vaporisers is that they allow only the active ingredients of the flowers to be consumed, avoiding the harmful substances generated by their burning.

The entourage effect and the advantages of full spectrum products

The cannabis plant contains hundreds of naturally occurring chemical compounds. Each of them has its own effects in isolation, but in flowers they’re all found together.

Although more research is needed on the subject, there’s sufficient evidence to suggest that the combined effect of these substances is different from their separate effect. As a result, the synergy of cannabis compounds can produce better results than the all of their isolated effects, known as the entourage effect.

When vaporising flowers or resins, you inhale various components of the plant, not just CBD in isolation. Therefore, CBD vaporisers allow you to feel the effects of a wide range of compounds, allowing them to work together and, consequently, providing the entourage effect.

Inhalation is the quickest way to consume CBD.

Inhalation is the fastest way to take CBD, as the effects are felt almost immediately. Other consumption methods, such as oral, sublingual, or topical, need several minutes to get to work. By contrast, when inhaled, the effects of CBD can be felt in a matter of seconds.

Therefore, we can say that some of the main advantages of using vaporisers is not having to burn the substance nor consume any harmful substances. In addition, these devices allow you to experience the entourage effect, harnessing various cannabinoids and terpenes from hemp flowers. Lastly, it’s worth highlighting how quickly the effects of CBD can be felt.

Benefits of vaporising or vaping CBD

One of the benefits of vaporising or vaping CBD is that it can help regulate the cravings caused by nicotine withdrawal. The findings of a 2013 study by University College London suggest just that.

The research involved randomly distributing 12 samples of inhalers with CBD and 12 samples of placebo inhalers to regular smokers, without them knowing what each one contained. One week later, the contents of these inhalers were revealed, and the consumption of each group was compared. Those in possession of CBD inhalers had reduced cut their tobacco consumption by an average of around 40%¹.

In addition, as CBD has general anxiolytic properties, it can also help control other types of anxiety and reduce stress. This also means it can also help you fall asleep quicker and rest better.

In short, this administration method provides all the benefits of CBD, offering an alternative to smoking. It’s worth mentioning, however, that while vaping or vaporising doesn’t pose the same dangers as smoking, it’s not entirely risk-free either. 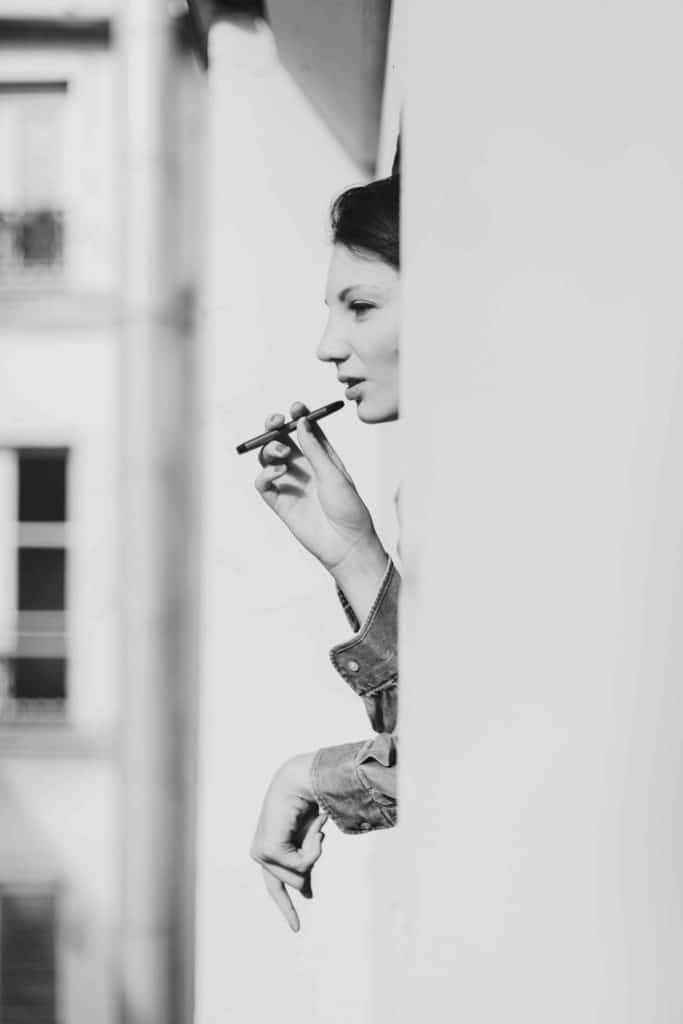 Are CBD vaporisers the only alternative to inhalation by smoking?

No, CBD vaporisers aren’t the only alternative to inhaling by smoking. Electronic cigarettes, which work with CBD e-liquids, also allow you to inhale this cannabinoid.

Disposable vape pens are also another alternative to CBD vaporisers. As they’re disposable, they’re cheaper than CBD vaporisers and can provide the same benefits.

It’s also worth mentioning that, as it works with liquids and not flowers, consumption using vape pens and electronic cigarettes with CBD is legal in Europe. Vaporising flowers or resins containing CBD, however, is considered to be improper use of CBD.

The temperature range for vaporisation is a matter of taste. However, the recommended range for vaporising CBD would be between 170 °C and 195 °C, approximately. In this range, both CBD and various terpenes and cannabinoids can be vaporised.

Above 200 °C, there’s a risk that the plant material will burn, leading to combustion. Therefore, when using a CBD vaporiser, you should be careful not to exceed this temperature at any point.

Can a CBD vaporiser help me to quit smoking?

CBD has anxiolytic properties, so it can be helpful in any kind of temporary stressful situation. As such, it can also help people cope with the cravings of nicotine withdrawal.

Although there isn’t a great deal of research to substantiate this use, there’s some evidence that points to a positive effect for the treatment of nicotine addiction both in experimental mouse models and in clinical trials.

It’s important, however, to remember that CBD products aren’t intended for the diagnosis, treatment, or curing of any disease. Therefore, if the cravings persist over time, it’s always best to consult a medical professional.

Don’t miss out on the best CBD deals. Take advantage and enjoy our discounts. 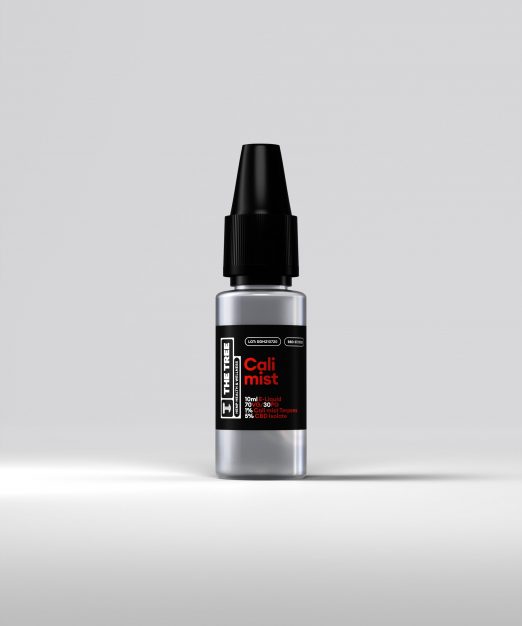 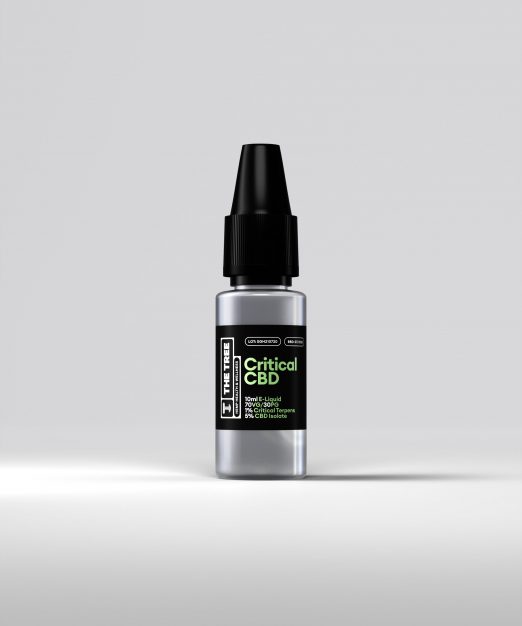 Our CBD calculator will solve your doubts about the use of CBD.
CBD dosage calculator

Find the best CBD product for you

If you want to know which is the CBD product that best suits your needs, enter our recommender and we will help you.
CBD Product Recommender

We tell you all about its benefits and uses in our blog. 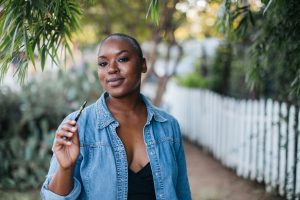 Vaping with e-Liquid, the healthiest option to enjoy the benefits of CBD

Vaping is in fashion, e-Liquid too. Although you may not know people around you who have joined this trend, we assure you that there is 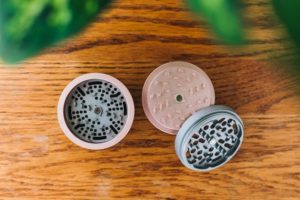 HOW TO CLEAN YOUR ACCESSORIES FOR SMOKING CBD FLOWERS

Whether you like to share your cannabis accessories, or if you are a loner passionate about cbd flowers, in this article we will show you 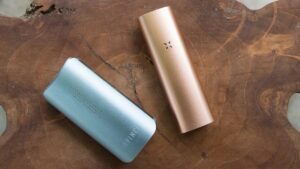 Guide to the best CBD vaporizers

CBD vaporizers are the new revolution in the use of cannabidol. Normally, we associate the practice of CBD with inhaling the combustion they produce. Even

In our guide on CBD you can discover tips and useful information to get the most out of your products and know their most appropriate consumption. Discover more articles about CBD in our guide. 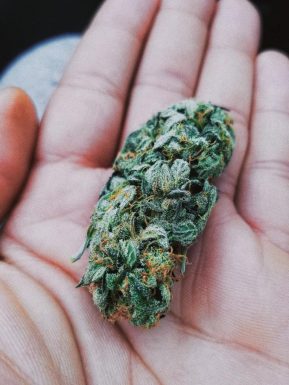 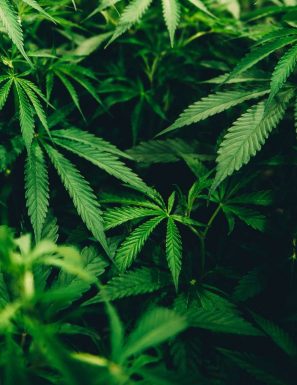 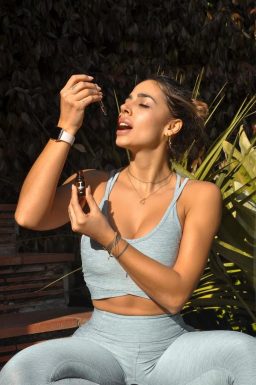 CBD under your tongue: how can you take it in this way?